March 8, 2018inspiration, photography
So much and so little has happened over the past year that everything I’ve experienced in that time is actually more a big ball of wibbly-wobbly, timey-wimey … stuff. Indeed, recently I found scans from a film roll I shot last summer and totes forgot about.
A bit of context: A couple of years ago my Dad gave me his Yashica camera. Well, I’ve not used it very much, apart from the double exposure project I made during chemo. Later, slap bang in the middle of radiotherapy was my birthday, and it coincided with Jardin Extraordinaire. Oh my dear friend, what balm for the soul it is. A yearly event that is only open to the public for five days over the end of August/start of September. By the way, I love it.
It’s one of those hard to explain events: a characteristically French hippie-culture thing, typical in this laid-back region. Artists, landowners, growers and volunteer workers create a journey that takes you through fields and forest, by a river, a wooded hillside. Along the trail there are flowers, vegetables, and land art. We’re talking tunnels you walk through drooping with gourds. Labyrinthine meadows of tall-as-you flowers; sculptures hanging from trees or in the river. Along the route are massages and yoga, storytellers for children, artisan beer, puppet shows …gosh, so much and all for free. As they say (loosely translated)  “nature gives way to imagination and artistic questioning. It is an invitation to see, contemplate, respect, exchange, reflect …”  Exactement.
That weekend I had a break from radiotherapy, a film in Dad’s camera, a birthday needing to celebrate, and friends to celebrate it with.  A slight spanner in the works – the camera broke as I was shooting (boo) but now it’s fixed (yay!) However, I did manage to get these before the mishap. 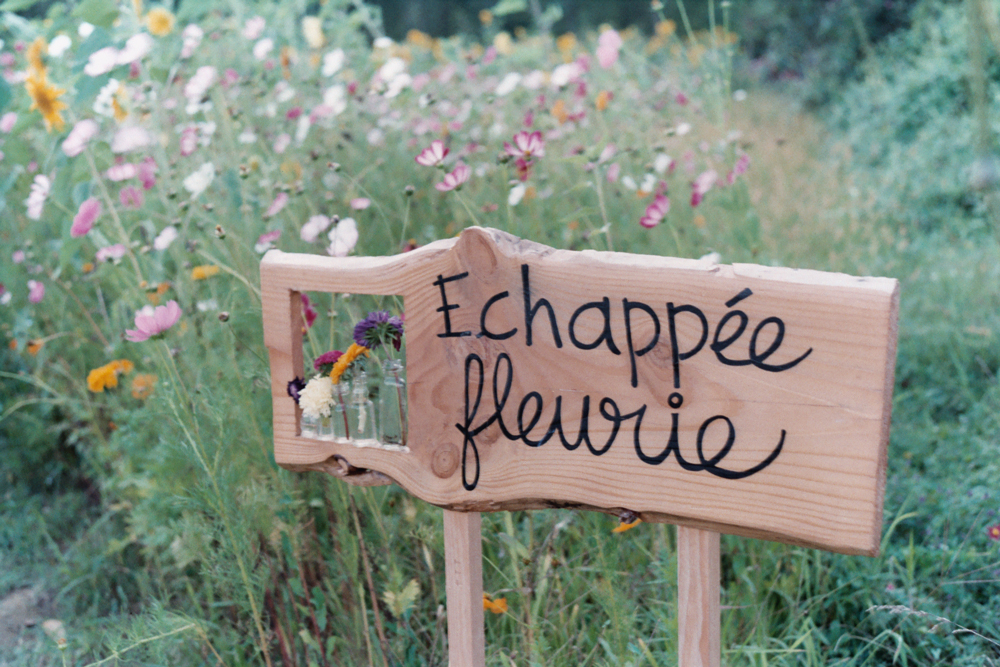 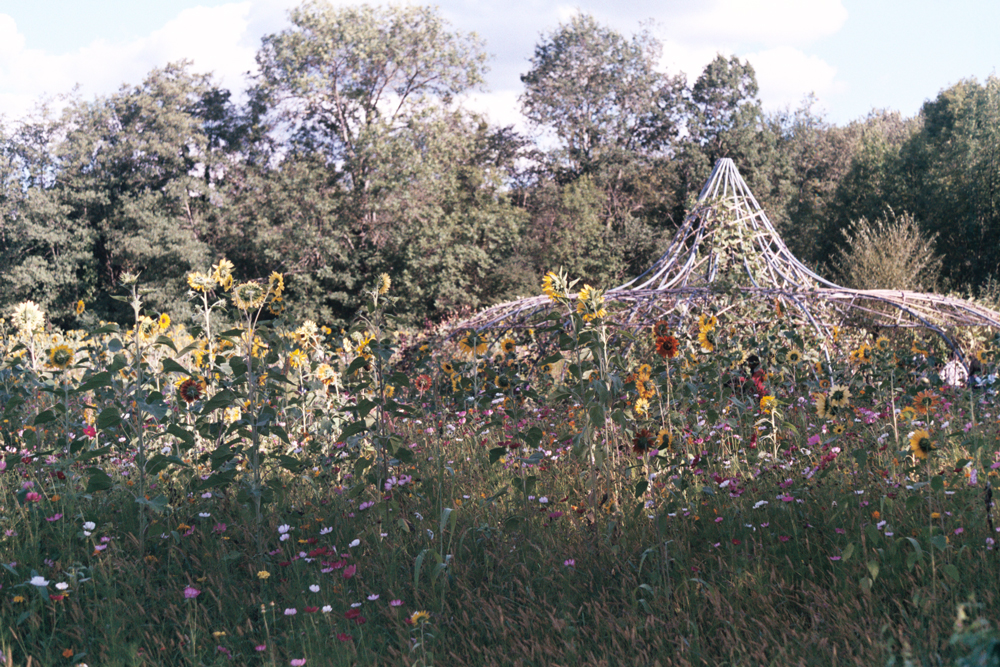 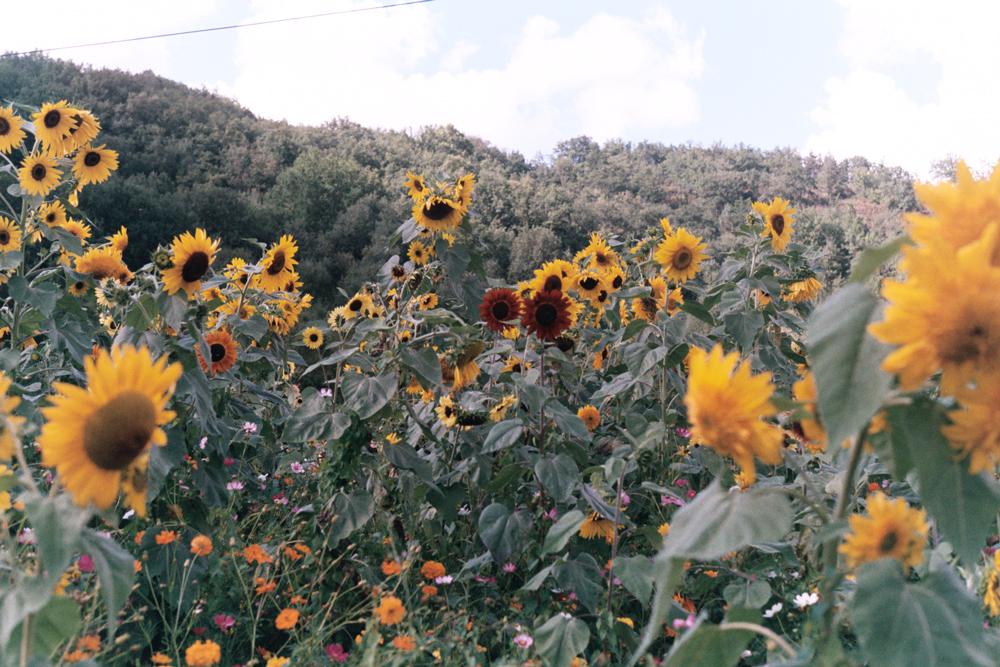 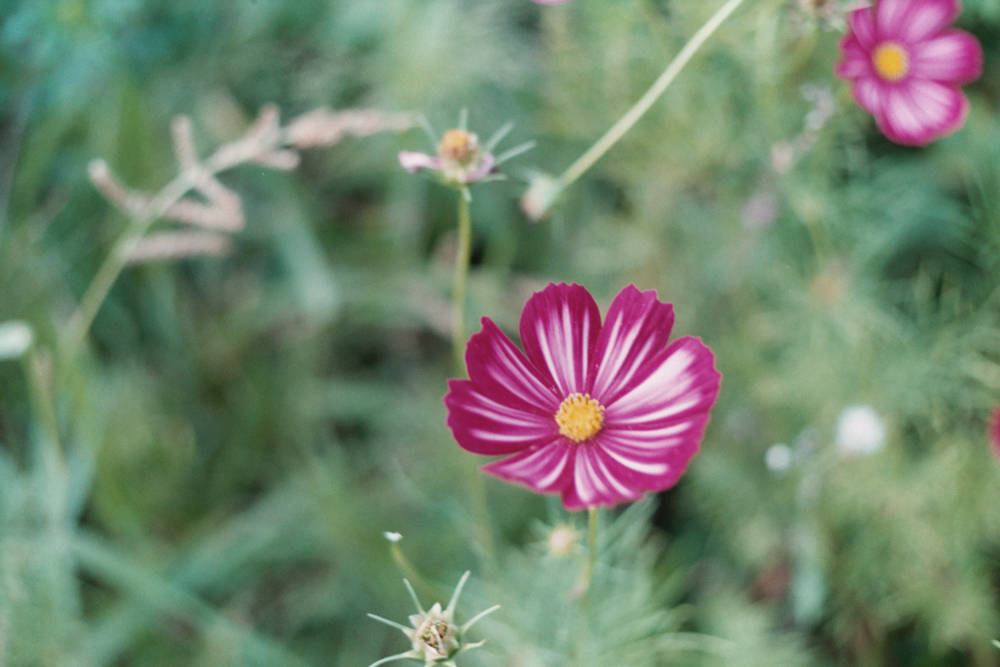 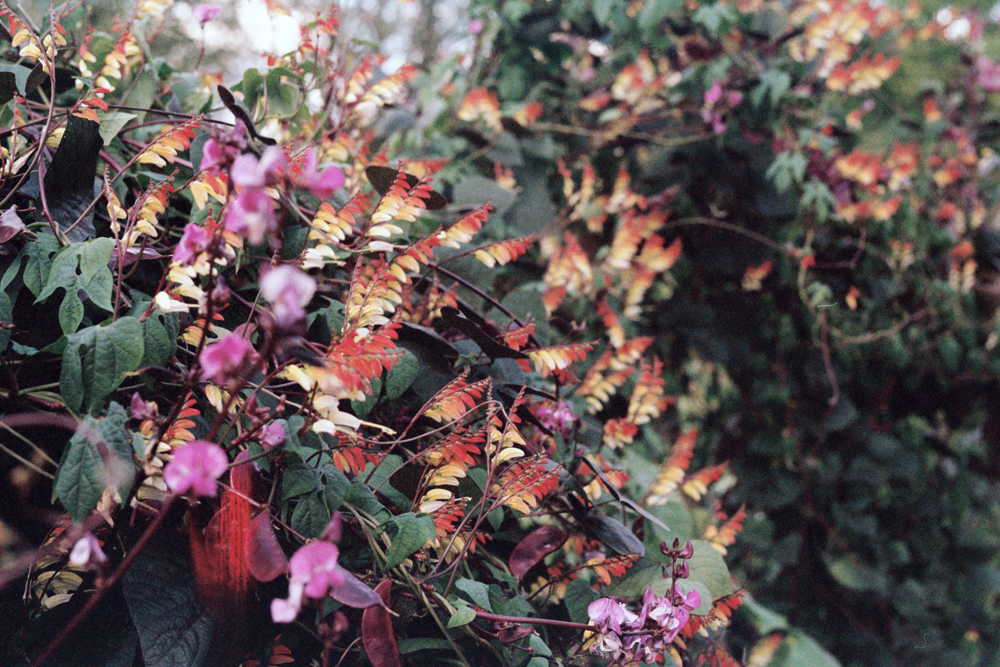 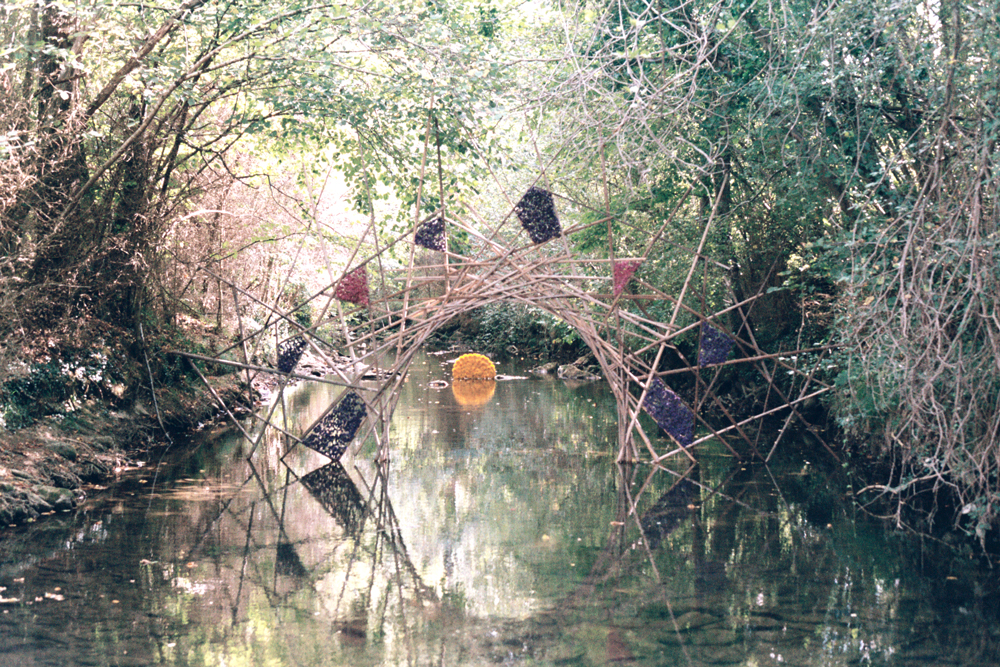 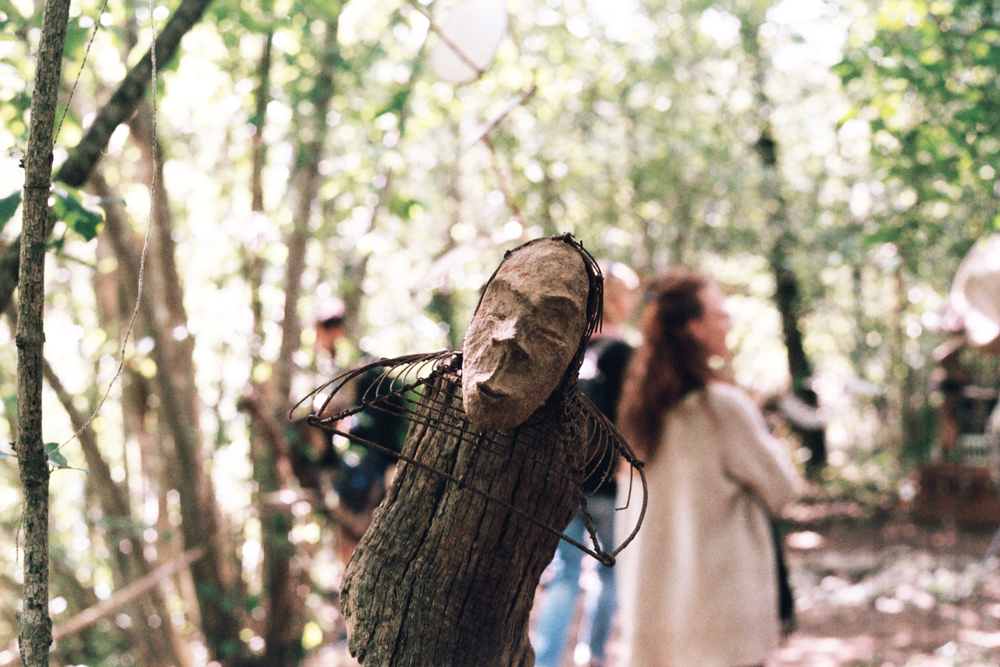 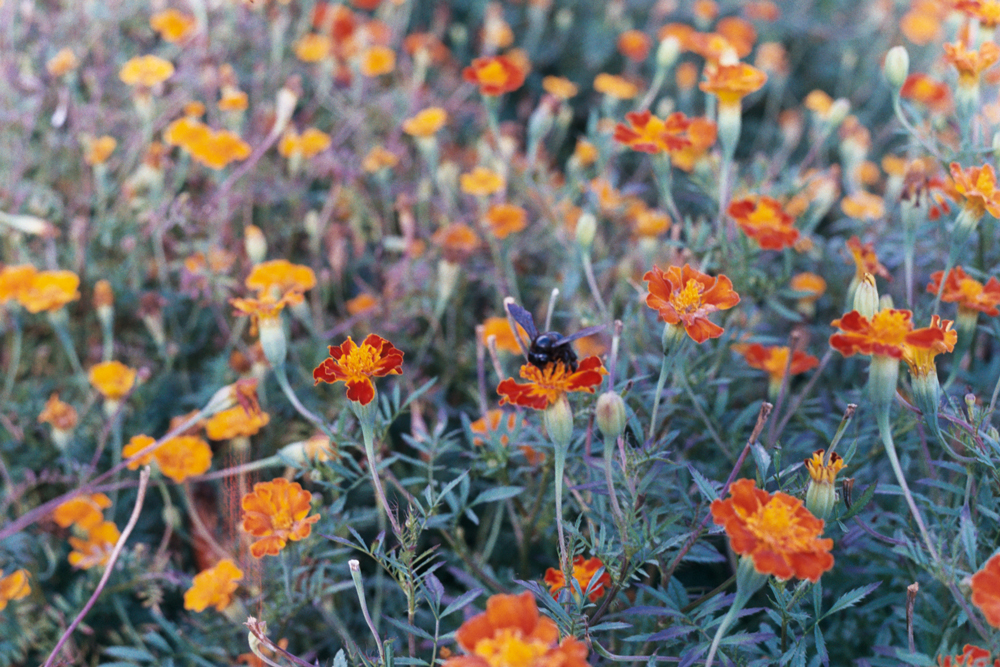